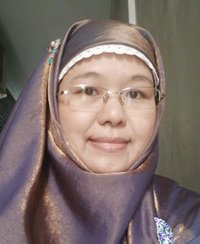 She has published more than 100 papers in international/national journals and conference proceedings and has been involved in more than 31 granted researches. In 2011 she was granted “Dosen Berprestasi UI” and achieved 4th place “Dosen Berprestasi tingkat nasional”. She is involved in many teamwork activities in UI like for BAN, PHKI, QUE, AUN, and also involved as organizing committee in many seminars and workshops. Fitri Yuli Zulkifli in 2009 has been the Secretary and Treasurer of the IEEE joint chapter MTT/AP, and in 2010 as Treasurer of the same joint chapter, then from 2011-2012 she has become the joint chapter chair.

She has organized the inaugural National Symposium on Microwave, Antennas, and Propagation 2012 on 3 October 2012. This event is focused on MTT/AP society members to actively get involved in technical activities and to be recognized by people who are working as academic staff, researchers, government officials, industry professionals, and students as well. Moreover she has participated as a committee in many scientific symposiums. She is also a member of the International Steering Committee for APMC (Asia Pacific Microwave Conference since 2010) and ISAP (International Symposium on Antenna and Propagation since 2012)