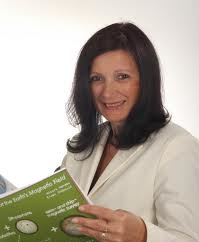 Mioara Mandea is currently General Secretary of European Geosciences Union, where she previously served as President of the Division Earth Magnetism and Rock Physics (2007-2011). She is also General Secretary of the International Association of Geomagnetism and Aeronomy (IAGA), President of the Geophysical Maps Commission of the Commission for the Geological Map of the World, and Chair of the Education Award Committee of AGU.

Mioara Mandea’s research interests mainly concern measuring, mapping, and understanding the multitude of magnetic fields encountered in near-Earth and near Earth-like planets. She has concentrated her work in some major directions, participating in the general effort of measuring Earth’s magnetic field from the ground to space, developing new tools to model the geomagnetic field and its secular variations (with a special emphasis on geomagnetic jerks), or using the geomagnetic information to determine physical properties in the deep Earth’s interior (with special studies on the lower mantle conductivity or motions at the core-mantle boundary). Her fields of research also include geopotential field mapping, on global or regional scales, with important implications for the understanding of rapid changes within the Earth’s system. Mioara Mandea has published more than 200 papers (more than 100 being publications in ISI journals, the rest being contributions in further journals, books, and chapters in books, proceedings, and reports), and has been involved in organizing more than 50 workshops and conferences. She has also lead several multi-partner research projects or work packages within projects at the national and European levels. She has supervised 10 PhD students.