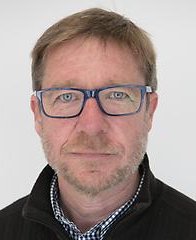 Rodney is a Professor of Health Psychology at the School of Psychology, University of Wollongong, Australia. He obtained degrees in Philosophy and Psychology before completing his Ph.D. in Psychology at the University of Wollongong in 2000, and then worked in the area of cognitive neuroscience as a postdoc at Imperial College, London, and then at Swinburne University, Melbourne. His research focuses on the delineation of human brain function, particularly as it relates to agents that might affect it (e.g. electromagnetic fields, illicit and medicinal drugs), as well as psychiatry more generally.

Croft is Director (2013-2017) of the National Health and Medical Council of Australia’s Centre of Research Excellence in this field (the Australian Centre for Electromagnetic Bioeffects Research; ACEBR), works extensively with various government agencies, and Chairs the latest guideline development group within the International Commission on Non-Ionising Radiation Protection (ICNIRP) 2012-2020, the newly formed NHMRC Centre of Research Excellence in EME, participates in a variety of national and international RF scientific organisations, is a member of the IEEE ICES RF and ELF Standards committees, and is a member of the ICNIRP main commission