Geomagnetic Observatory is an essential facility for long time and continuous observation of “Earth’s magnetic fields“. Earth’s magnetic fields play an important role in shielding the Earth from cosmic rays, especially strong radiations due to solar winds. Without these fields, it will become impossible to have the Earth is a secure planet for living organism including human kinds.

Global geomagnetic observation currently directed mostly to monitor the intensities of Earth’s magnetic fields, which going to be weaker, showing a trend of continuous decreasing. It is supposed as a clear indication of upcoming geomagnetic pole reversal. Based on magnetic directions as recorded on the rocks, the last geomagnetic reversal has happened more than 800,000 years ago; while previous reversals were only in 250,000 years intervals.

Geomagnetic observation in Lombok Island is very important, because of its special geographical location, which is in between high intensities of contiguous positive-negative anomalies. The research team of Mataram University have taken geomagnetic regional surveys and found some extreme dipolar structures, which can be linked to specific geological features of this island (igneous intrusions, mineralization, and geothermal potential) and/or regional tectonic settings (active faults and subduction, which can trigger tectonic earthquakes over this region.

Construction of the Lombok Geomagnetic Observatory consists of three buildings:

It is the control room where all measurement activities are monitored and the data are stored in a server using a data logger MAGDALOG (manufactured by GFZ Potsdam, Germany). The data are then transferred in nearly real time to two servers at the Mataram University and at the Niemegk Observatory in Germany.

It is a small non-magnetic room where absolute measurements are conducted periodically (weekly), using:

Data from the Lombok Geomagnetic Observatory and the Geomagnetic Monitoring Station at Nurul Bayan (North Lombok) will be transmitted simultaneously to the Geomagnetic Data Server at the Department of Electrical Engineering of Mataram University. These data are then integrated with seismic data from the volcanology station at Sembalun Lawang village (East Lombok). All available data are quite essential for a continuous regional earthquake monitoring. 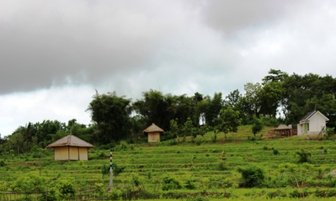 The Lombok Geomagnetic Observatory (LOK) has been inaugurated on 11 April 2014, as a tripartite co-operation between the Mataram University, the Deutsches GeoForschungsZentrum (GFZ) Potsdam-Germany and the District Government of Central Lombok. 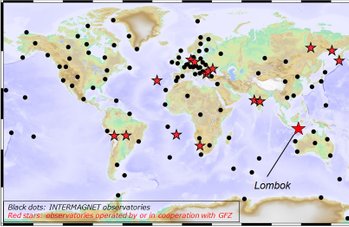 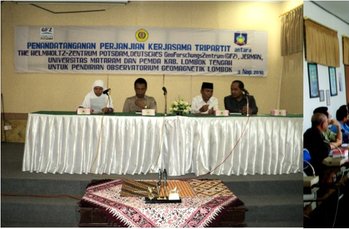 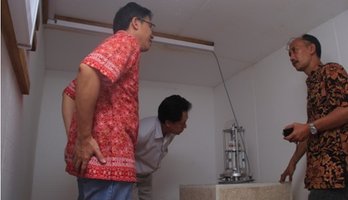 FGE is placed in the Variation Room 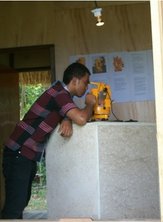 Measurement  is taken in the Absolute House using DI-flux magnetometer and non-magnetic Theodolite. 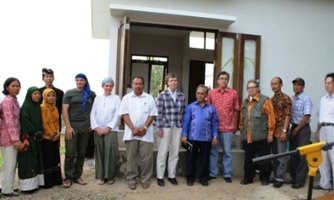 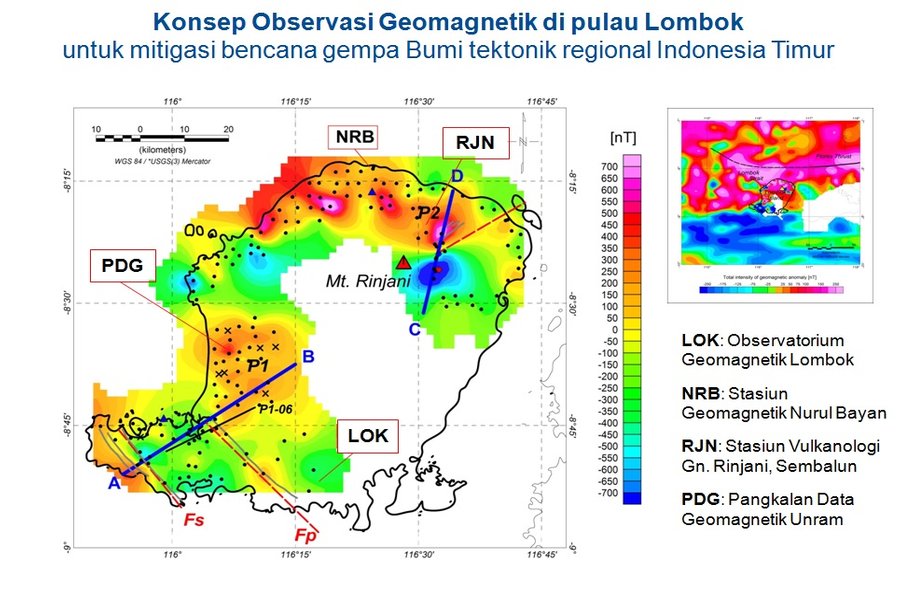 Center of Excellence in Science and Technology